Building and renovating bathrooms is our speciality. As a result, we have fine-tuned the bathroom renovation process to make it easier for you. You will find creating your new bathroom is as easy as 1-2-3 with our simple 3-step process. Here’s how it works.

Ask for your Free Consultation

We Visit Your Home to Provide a FREE Quote

Your bathroom renovation starts with a visit from one of our experienced Bathroom Designers. With years of experience and a trade background, they will quickly assess your bathroom’s plumbing, drainage, electrical, heating and ventilation requirements. If necessary, they will suggest ways to improve the functionality of your bathroom. After their visit you will be invited to the showroom to discuss your quote and bathroom design.

Your quote will include high quality fixtures and fittings to ensure your new bathroom investment will look beautiful and add value to your home. Call Us today for a FREE quote and being one step closer towards your bathroom renovation. 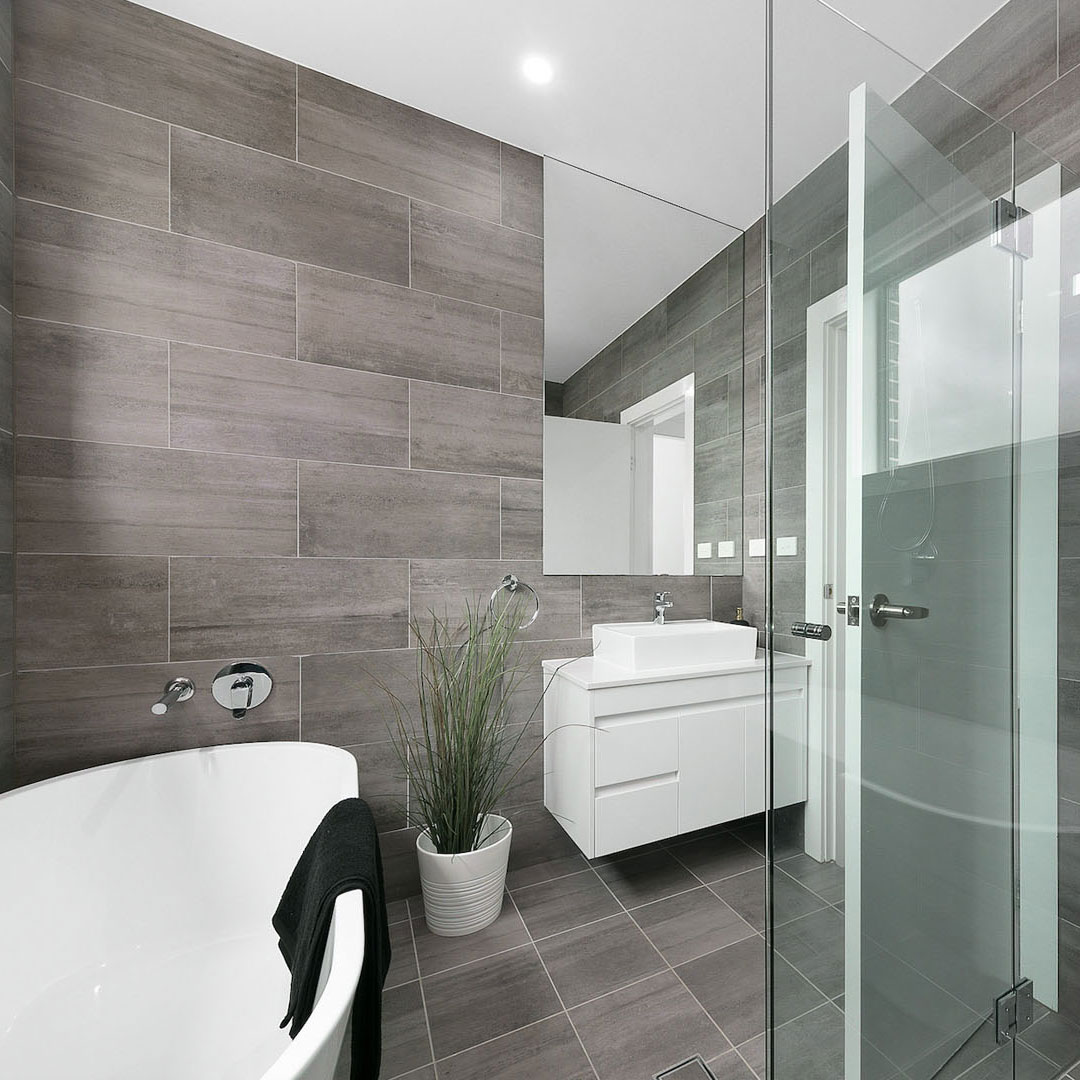 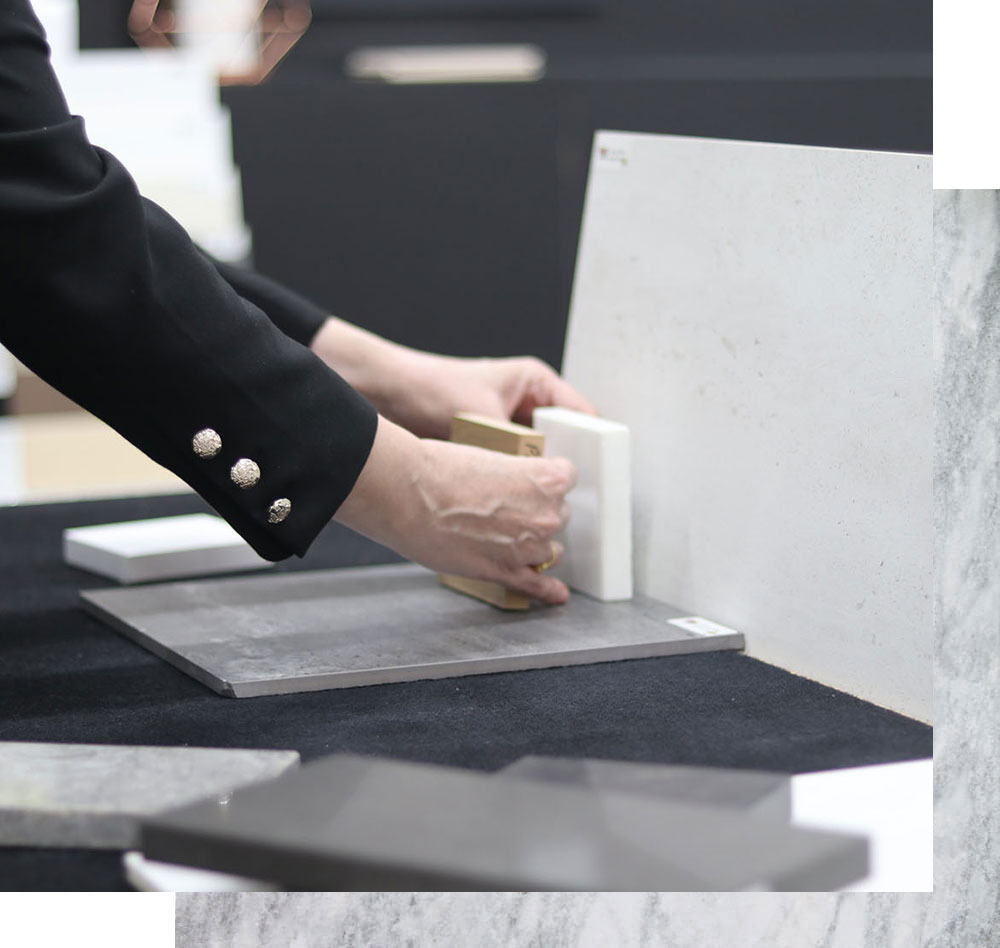 Whether you love choosing new fixtures & décor, or if it simply isn’t your thing, you will receive the very best advice to help you create a beautiful and functional bathroom.

You will find everything you need in our Bathroom Showrooms at Thornleigh and Brookvale. Our friendly and experienced team of Design Consultants will guide you through the bathroom design process.

Each Showroom has a special tile table so you will be able to see how your floor tiles will coordinate with your cabinetry and wall tiles. We also have complete bathroom displays to help you visualise how your new bathroom will look.

With all of your bathroom fixtures and fittings selected, it’s time to begin building your new bathroom. This can happen quicker than you might imagine if you’re keen to get started.
You will have your own Bathroom Construction Manager to look after you and every aspect of your bathroom renovation. Your Bathroom Construction Manager will also supervise each trades person working on your renovation.
Every member of the Oxford Bathroom team is an experienced and licensed tradesperson so you can feel confident you will receive a first-class job. At the end of each day, they will clean and tidy any debris created during the process.
On average your new bathroom will normally take a few weeks to renovate. Upon completion you will receive a ten year warranty on our workmanship, including the manufacturer’s guarantee on all products.
CALL US NOW

Are You Ready To Begin Planning Your Bathroom Renovation?

What licensing or permit is needed for a bathroom renovation?

There are a lot of people offering bathroom renovation services in Sydney, we implore all homeowners to carefully consider the depth of experience and the appropriate licensing and insurance of their future bathroom renovator. Don’t simply go and pick the cheapest quote of a sole trader tradie working from their van. Some tradies who help you with your bathroom renovations may not require a trade licence in some states, but all absolutely should be qualified and insured.

What qualifications to check before selecting a bathroom renovator?

For bathroom renovations, your licensed builder will need at least one qualification from each of these two Groups:

Group A qualifications include an existing NSW trade licence in carpentry, joinery, plumbing or Wall & Floor Tiling or Certificate III level training in the trade or trades they carry out.

Group B qualifications include completion of a variety of “units of competency” and/or satisfactory completion of related TAFE certificate courses such as tiling.

For example, if you want to replace your bathtub and a plumber replaces it and does some tiling work as well, they will need a valid plumber’s licence and a Certificate III in tiling.

For a major bathroom renovation, you will probably need to hire a licensed Building Contractor. In NSW, only licensed contractors are authorised to enter into contracts, hire subcontractors and supervise workers on the job

What is owner-builder work?

Owner-builder work is any work, including supervision and coordination of the construction, alterations, repairs or additions to a property: where the reasonable market cost (including labour and materials) exceeds $10,000, and which relates to a single dwelling-house, dual occupancy* or a secondary dwelling that: requires development consent under Part 4 of the Environmental Planning and Assessment Act 1979, or is a complying development within the meaning of that Act.

What licences to ask for before selecting a bathroom renovator?

Builders and tradespeople in NSW need to be licensed to do building work where the total cost of labour and materials is more than $5,000. Some licensed contractors with only a Kitchen, Bathroom and Laundry renovation licence may be limited to jobs under $20,000 in value.

For a full bathroom renovation it is likely that you will need to engage someone with a Builders licence over a Kitchen, Bathroom and Laundry renovation licence. You will be able to tell the difference in the licence numbers. A NSW Fair Trading Builders licence will end in a C. Oxford Bathrooms has a current NSW Fair Trading Builders Licence, number 128775C. 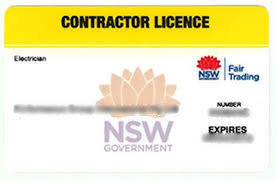 A Kitchen, Bathroom and Laundry renovation licence will start with an R. Take some extra consideration and ask some extra questions about that businesses’ suitability for your bathroom renovation project if you see the R in the licence number. Certain trades, including plumbing, draining and gas fitting  require a specialist contractor licence.

In New South Wales, if your bathroom renovations exceed $1,000 labour and materials in value, the individual, partnership or company you hire will need to hold a current Builder’s Licence issued by NSW Fair Trading. To learn more about what is considered residential building work, what is a dwelling, and what is excluded from the definition of residential building work, see schedule 1 of the Home Building Act 1989.

GET A FREE QUOTE
OUR SERVICE AREAS